(The author is a member of the UNA Brooklyn Board, transplant Aussie, musician, DJ, writer and seriously proud father. He volunteers because he believes in the work of the UN!)

No longer playing second fiddle to Manhattan, New York City’s most populous borough, Brooklyn, is widely recognized as being at the epicenter of global contemporary culture and art.

The scope of the Brooklyn cultural landscape is breathtaking, reflecting the eclectic and talented people from all over the world who call Brooklyn home. In addition to long term residents, Brooklyn is a magnet for arty entrepreneurs of all types, from emerging writers, to musicians straddling all genres, restaurateurs, digital start-ups, designers and manufacturers of all stripes, visual artists and more. From the East River and New York Bay to Coney Island Beach and all points in between, Brooklyn is filled to the brim with inspiring arts and culture.

Brooklyn’s cultural institutions are exceptional and include the adventurous and engaging multi-arts center BAM (Brooklyn Academy of Music), home of the cutting edge Next Wave Festival (September 2015), film and literary events, original kid’s programming and a broad range of performing arts including theater, dance and comedy. Brooklyn Museum houses the second largest public art collection in the United States and has a reputation for intelligent, cutting-edge exhibitions that reflect a fresh view of traditional and historical works as well as engagement with today's most important artists and artistic practices and ideas. Current exhibitions include “Basquiat: The Unknown Notebooks” (through to August 23, 2015) and “American Identities: A New Look” (ongoing).

The roots of Brooklyn's extraordinary 400-year history - settlement began in the 17th century as the small Dutch-founded town of "Breuckelen" on the East River shore of Long Island - can be explored at the Brooklyn Historical Society, an institution that is a cultural hub for civic dialogue, thoughtful engagement and community outreach.

Brooklyn’s linguistic and ethnic diversity - more than 45 percent of Brooklynites’s first language is not English - fuels a uniquely American cultural mix. Spanish, Chinese, Russian, Yiddish, French Creole, Italian, Hebrew, Polish, French and Arabic speakers make up the largest non-English speakers. This diversity is expressed in celebrations like Afropunk (described by the New York Times as the most multicultural festival in the US), the West Indian Labor Day Carnival in Crown Heights in September, The Coney Island Mermaid Parade each summer, spring’s Cherry Blossom Festival in Brooklyn Botanic Garden and dozens of smaller festivals such as the Annual Greek Festival.

Brooklyn Magazine recently reported that “in just a few short years Brooklyn has managed to become a culinary stronghold with a defined identity unique to its own sensibilities.” Creative chefs, restaurants and diners abound in Brooklyn - (check the Magazine’s wrap up of the influential players on the local food scene here). For many years now Brooklyn eateries like Marlow & Sons, Diner, Prime Meats, Roberta’s, Five Leaves, St. Anselm and Fette Sau have been setting the standards in New York City for contemporary dining. Weekend markets packs them in and a cluster of innovative drink makers (Brooklyn Brewery, Sixpoint Craft Ales, Greenhook Ginsmiths) are reviving the ancient arts of brewing and distilling. Newer arrivals like Australian cafes and bars have been making a splash recently in Brooklyn, (Brunswick, Toby’s Estate) while more established flavors; Russian (Tatiana, Nargis Cafe), Chinese (Pacificana) and Polish (Lomzynianka and Karczma) continue to shine. Any cuisine from around the world can be found in Brooklyn.

Brooklyn is home to many progressive manufacturers, and a great way to survey the scene is at BLDG 92, an exhibition, visitors and employment center located within the Brooklyn Navy Yard Center. Cycle through the site to discover the Navy Yard’s role in global naval history and experience the buzz of a modern industrial park, which include manufacturers like Icestone (waste glass recycled into durable surfaces) and Ferra Designs (precision metal fabrication).

Other cultural institutions that serve Brooklyn include the Brooklyn Public Library - the fifth largest public library system in the United States, Brooklyn Children’s Museum, the oldest landscaped space in New York City; Green-Wood Cemetery and the New York Transit Museum - all provide ever evolving and intelligent cultural exhibitions and space for Brooklynites to expand their minds. Screen culture is alive and well with the Nitehawk Cinemas, / Videology, / and UnionDocs all providing interesting movie programming beyond the big budget Hollywood fare.

350Brooklyn Urges You to Join the Fight Against Climate Change

UN Day Brooklyn Online with Keynote Dr. Anthony So: Save the Date!

HISTORY AND IMPORTANCE OF THE US CENSUS 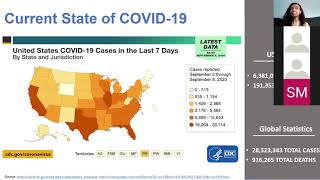 Becoming a 2020 Advocate: Your Guide to Legislation, Voter Registration, and Fighting COVID 19

Statement of Solidarity and Intent

Take Action in Support of the United Nations (UN) Now!